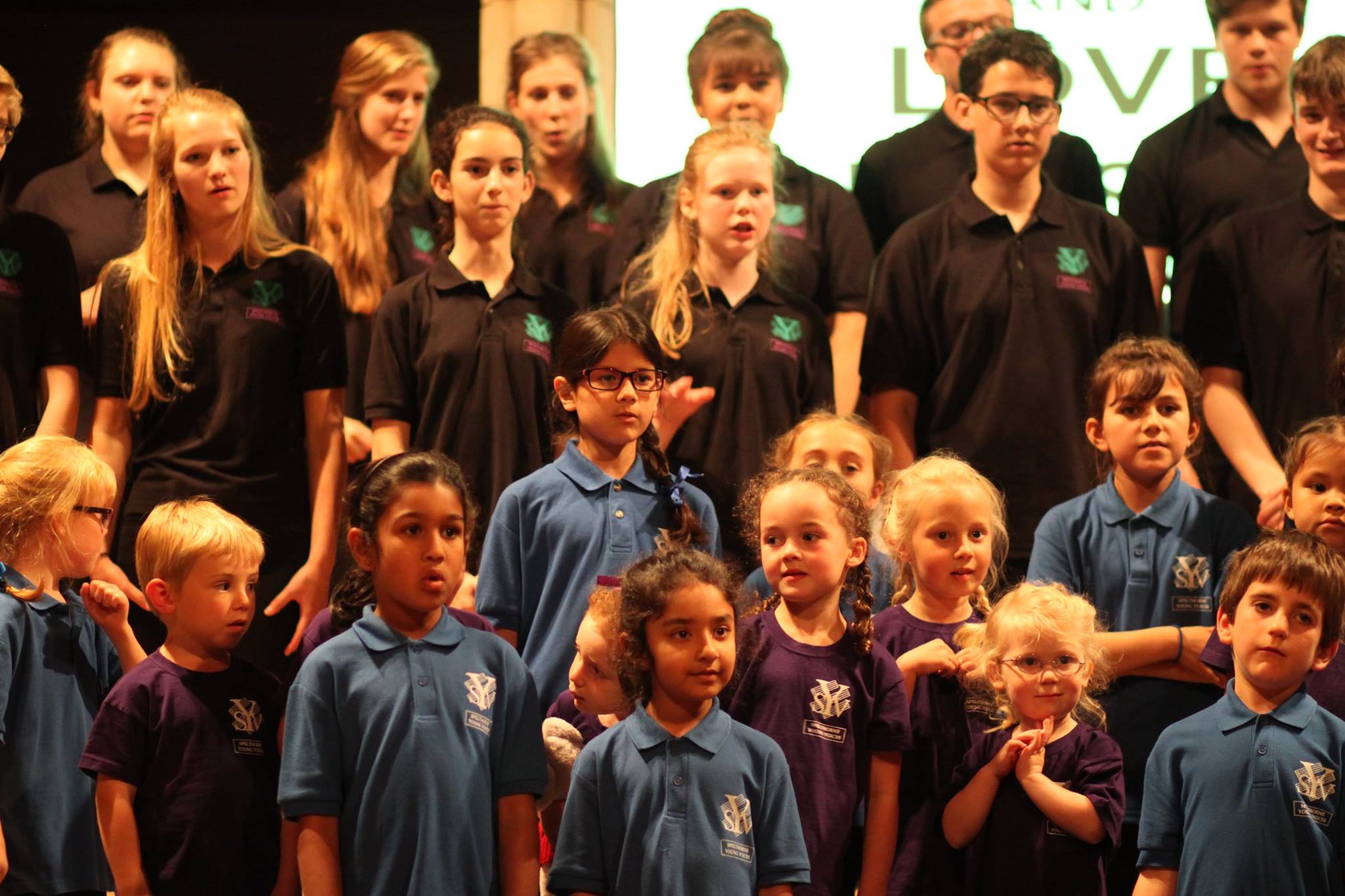 The Senior Choir is for singers of secondary school and beyond and we regularly perform in 3-part harmony , with two upper voice sections and a lower voice section. We expand the technical knowledge of singing and ensure good vocal health and start learning from sheet music (it is not necessary to already read sheet music). Our repertoire spans many styles, genres and decades and we learn to perform a Capella as well as with accompaniment. The Senior Choir perform in 2 main concerts a year but often have additional opportunities to support other concerts and musical groups.

Please come and join us on Thursday evenings 6:00 – 7:30pm (with a small interval for refreshments).

Jo’s passion for singing was fostered at a young age when singing in her local church choir which provided her with many opportunities to perform both in the UK and throughout Europe. This led to being a finalist in the Radio 3 competition Choirgirl of the Year and spurred her on to continue vocal training in the US as well as here in the UK.  Aside from SYV Jo is currently the Music Director for the annual St Peter’s Proms concert and also directs The Incidentals.

In 2006 Jo was presented with the Mayor’s Award and more recently in April 2015 was awarded with the Civic Award in the Borough of Spelthorne for her outstanding contribution, dedication and encouragement to the Spelthorne Young Voices to whom she offers her services on a voluntary basis.

Now in their 13th year, SYV rehearse weekly during termtime and produce two annual concerts.  Outside of these they regularly perform for other charities and musical organisations whether it be choral societies, vocal ensembles, wind/symphonic orchestras or for recording purposes.  The range of repertoire is varied and members are encouraged to learn to read music, but always perform without. Whilst the main goal is to perform as professionally as they are able, SYV also encourages social skills, fosters confidence and promotes self discipline.

With a broad repertoire of music, the Senior Choir sing in two-part and  three-part harmony, mostly of a secular nature but all from memory. Aside from performing in and around the borough of Spelthorne, usually by request, for Civic Services, concerts, charity events etc SYV have also performed with other youth choirs
SYV have taken part in BBC Radio 3 Choir of the Year competition as well as Voice in A Million at the O2 and several recordings at Shepperton Studios.